Top 10 Pokemon human Characters List: Many children love watching cartoon/anime. There are many cartoon series but one of the most liked cartoon series by children is Pokemon. The children search for Pokemon Names & their trainers so here in this article, we are mentioning the List of Top 10 Pokemon human Characters. We also provided the pokemon names and powers in this website. 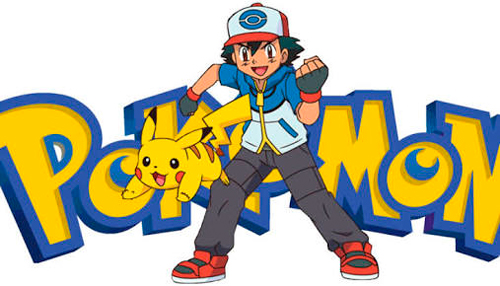 Pokemon is an anime series. It is action, adventure and fantasy series. The Pokemon is split into 6 series. Again the 6 series are categorized into 21 separate seasons. There are lots of characters in Pokemon but only some characters are important. Here we are listing some important Pokemon characters.

Ash Ketchum is the lead character in Pokemon anime. Ash always dreamed to become a Pokemon master. When ash was 10 years, he went to professor oak’s laboratory to get his first Pokemon. Ash wants to take squirtle as his Pokemon but he came late and Pikachu was given as Pokemon to him.

Misty is cute girl character in Pokemon. She has appeared in the very first episodes of Pokemon. Misty first meets ash after fishing him out of the water when ash was trying to escape from flock of spearow. Ash takes bike from misty to escape from speraow. With the help of Pikachu ash saved from speraow. Misty turns around for her bike and later she becomes a close friend to ash.

Professor Oak is the Pokemon researcher. Earlier he was a competitive trainer and generally considered the best in field. Oak is a mentor to younger Pokemon trainers. He also hands out a bulbasaur, charmander or squirtle to new Pokemon trainers. He is credited in inventing pokedox.

May is a 10-year girl who travelled with ash after receiving her first Pokemon, torchic. May dislike in Pokemon, but soon took interests in contests. May only takes beautiful and cute Pokemon into her team to rise in the contests. After entering contests she soon develops rivalries with other members.

Dawn is a Pokemon co-coordinator who travels with ash and brock and replaces may. She chooses piplup as her Pokemon and sets out to win the grand festival. As a native of Sinnoh she explains certain aspects of the region to ash and brock. As she participates and wins in contests and becomes a confident coordinator.

Clemont is one of friends of ash. He always carries a backpack with him which consists of lots of strange gadgets. He is a gym leader from lumiose gym city. He is a bit different character from previous characters in the series. Out of intense admiration of ash, he began to travel with ash to become a better gym leader.

Pikachu (Not a Human)

Pikachu was given as a Pokemon to Ash Ketchum. Pikachu is ash’s best friend. Pikachu always helps ash and takes lead in the team. The best features of Pikachu are determination and unwillingness to give up. Pikachu is smart and curious.

As there are many characters in Pokemon here we are listing 50 characters.

These are the top pokemon human characters of series. We will update soon on info of all the other Pokemon characters. If you have any doubts regarding this article please do comment below. We will reach you as soon as. Thank you for visiting our site @ www.dreamaim.com. Stay connects for regular updates.