Anime is the never ending craze which is continuing from one generation to another generation. Anime is a style of Japanese film and television animation, typically aimed at adults and children. Netflix is one of the website which has collection of anime series. Netflix consists of treasures of TV series, movies and anime. There are lots of websites providing anime series but they are bombard with advertisements. Therefore it’s always best to watch anime on Netflix. As anime is of Japanese language, if you don’t know Japanese then you can turn on English subtitles in Netflix or you can watch series which are dubbed in English. As Netflix has an amazing collection of anime series here in this post we are providing list of anime series which you chose one and will be addicted to that.

Samurai Champloo is a Japanese anime which was developed by manglobe. This anime series was created by Shinichirio Watanbe. It is one of the best anime on Netflix after the critically acclaimed Cowboy Bebop. The 3 important characters in this series are Fuu, Jin and Mugen. It is an interesting anime series which fascinates audience of all age groups. The anime was first launched on Yuji TV in japan and followed by 26 episodes. The 3 characters in this series are typical warriors and typical travelling companions. 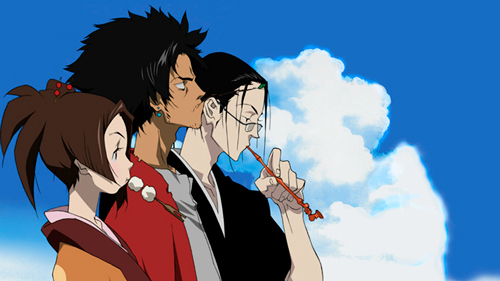 Psycho Pass is an animated series which was directed by Naoyoshi Shiotani and Katsuyuki Motohiro and written by Gen Urobichi. It is a wonderful anime series on Netflix. This series was inspired by several live-action films. It is a series set in a futuristic era in Japan where the Sibyl System, a powerful network of psycho scanners. The main characters in this series are Akane Tsunemori, a police woman and Shinya Kogami, an enforcer. The best part of the series is its female lead detective who always raises a question on something which she thinks is related to criminal activities. The series consists of 22 episodes. 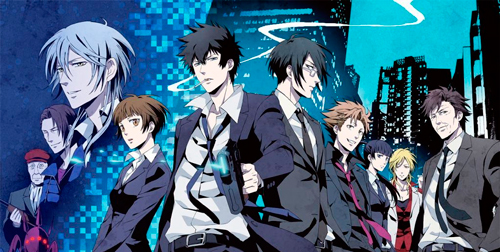 Gurren Lagann is a Japanese mecha anime television anime series. It is a controversial but naughty anime on Netflix. This series consists of wonderful graphics and has an interesting plot. It is a smart and creative story with mind blowing twist and amazing development of the character in the story. It is totally different from other series as they are bored after some period of time and they consist of fights and robots. The series was followed by 27 episodes. The main characters of this series are Simon, Kamina, Yoko Littner and Nia Teppelin. 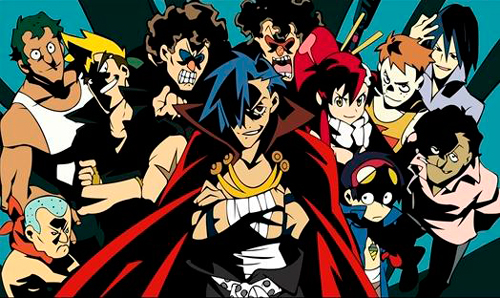 It is a Japanese anime television series directed by Akiyuki Shinbo. This series has beautiful graphics and animation with a powerful female lead character. The plot of this series is interesting there exists messengers of magic who have a power to give wish to a chosen girl. That girl becomes a magical girl and fights against evil creatures and witches. The series was followed by 12 episodes. If you are a fan of harry p otter then you must watch this anime as it resembles the darkside of girl’s power. 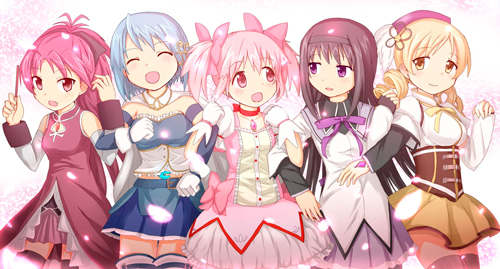 Blue Exorcist is a Japanese supernatural, action and comedy television series. It is a suspense thriller anime. This series is guy centered story. The main characters of this anime are Rin Okumura and Yukio Okumura who are twin brothers. The twin brothers are raised by his father Shiro Fujimoto, Exorcist. Rin and Yukio are the sons of Satan born from a human woman, and he is the interior of Satan’s powers. When Satan kills their guardian, Rin enrolls at True Cross Academy to become an exorcist under Yukio’s tutelage in order to defeat his father. The anime was followed by 25 episodes. 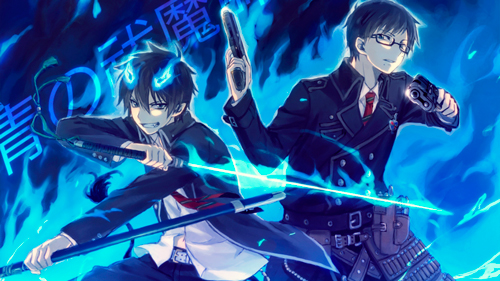 Death Note is a Japanese anime which is a psychological thriller that will blow your mind. The main character of this anime is Light Yagami. Light Yagami is a high school student who discovers a supernatural notebook and receives a death note and then begins an interesting game of cat and mouse. This anime series is full of melodrama and also involves a great of suspense and adventure. Light Yagami starts his journey with a detective name “L”. The anime was followed by 37 episodes. 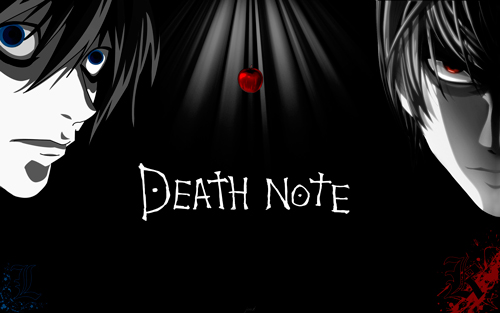 Fullmetal Alchemist: Brotherhood is an adventure, science fantasy anime. This anime is continuation of previous anime Fullmetal Alchemist. This anime was squealed because of the predecessor’s popularity that animation studio decided to bring back. There are 2 main characters in this anime they are Alphonse and Edward Eric. The characters which were hidden in first part are coming out in this part positively, so that viewers get to explore every bit of this properly. The anime was followed by 64 episodes. 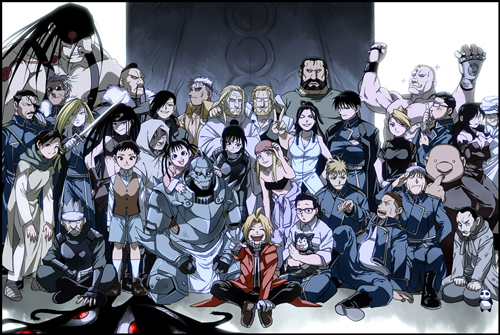 Sword Art Online is an adventure, action and science fiction anime. Sword Art Online is more likely any other virtual reality game. The plot of this anime is very interesting because people in the society have to continuously fight for their survival at every point of time. This anime has amazing graphics and apart from plot twist, action and adventure there is a romance within the intimacy between the characters. The anime was followed by 25 episodes. 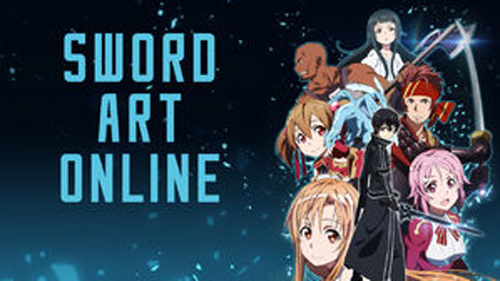 Ouran High School’s Host Club is one of the oldest animes which is drama, reverse harem and romantic comedy anime. The anime has less action and more delight when you watch it. It is a story of Haruhi Fujioka who is the gender queen heroine. Haruhi is a scholarship student in Ouran School where a group of male people entertain female clients with sweets and tea. As it is one of the oldest shows, the experience is still fresh and exciting. The anime was followed by 26 episodes.

If you have any recommendation or you wants to add your favourite Anime Episodes, then comment here or mail us. We will check and update our list. Bookmark this page to get more latest updates on it.