Info How to find UK Passport Place of Issue & Who Issues a...

Are you applier of British passports? Are you looking How to find UK Passport Place of Issue? Yes, you have right portal to get valid info related to passport place of issue and Who Issues a Passport in United Kingdom? Below we have listed the city where the consulate or embassy that issued your passport is located. Scroll down the page and get more info. 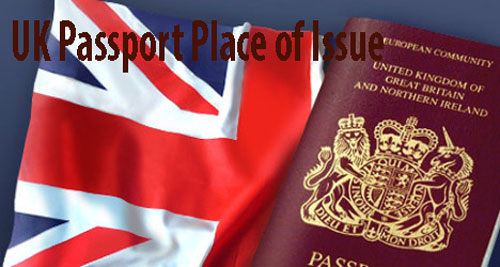 British passports are passports issued by the United Kingdom to those holding any form of British nationality. British Citizen passports are issued by the United Kingdom Identity & Passport Service (UK IPS). The passport is a unique symbol of national identity and a critical piece of national set-up and it became a defining symbol of Britain’s new identity and relationship with the world.

British Passports include a Photograph of the owner/holder (digital image printed on page), Type (P), Code of issuing state (GBR), Passport number, Surname, Given names, Nationality (“British Citizen” or “British Overseas Citizen”, or if issued on behalf of a Commonwealth country, “Commonwealth Citizen”), Date of birth, Gender, Place of birth, Date of issue, Authority, Date of expiry, Holder’s signature with all of this information. You can apply for a British passport if you have British nationality.

You can apply for a British passport if you’re a:

Note: Your eligibility and entitlement to a British passport will be considered when you apply. Will soon we update step by step guide to the process of applying for a British Passport.

If you fill in the form online, you must pay by credit or debit card, cash or postal order (but not cheque)

The passport fee via

British Passport was issued at a regional office. There are seven regional offices around the United Kingdom, in London, Glasgow, Belfast, Peterborough, Liverpool, Newport and Durham.

Her Majesty’s Passport Office (HMPO) is a division of the Home Office in the UK. It provides passports for British nationals worldwide.

Who Issues a Passport in United Kingdom?

British passports are passports issued by the United Kingdom to those holding any form of British nationality. Older passports will have UKPA on them (UK Passport Agency) and the new passports issuing authority is IPS (Identity and Passport Service).

How Long Does a UK Passport Take?

It should take 3 weeks to get your UK Passport. If you are applying for your first passport, that length of time doubles to 6 weeks. If you need it urgently, Use a different service and please contact your nearest British Consulate.