Donald Trump was born on June 14, 1946 in New York City. He had done his schooling in the Kew Forest School, Forest Hills, New York. At the age of 13, his parents sent him to New York Military Academy in upstate New York where he performed well both socially and academically. In 1964 when he is doing his graduation Trump emerged as a star athlete and became student leader. Donald Trump was at Fordham University for two years before joining the Wharton School of Finance at the University Of Pennsylvania, from where he graduated in economics in 1968.

Donald Trump was born to Frederick Trump and Mary Anne Trump. He was the fourth of five children. His siblings are Fred Jr., Robert S. Trump, Maryanne Trump and Elizabeth. His father was a real estate developer and builder. Trump was born at the Jamaica hospital Medical Center. Trump was inspired by Manhattan developer William Zeckendorf.

Donald Trump married Czech model Ivana Zelnickova in 1977, with her they had 3 children Donald Jr., Ivanka and Eric. They both divorced in 1922 and the next year he married wed actress Marla Maples, with her they had a daughter, Tiffany. His 2nd marriage ended in 1999. In 2005 he married Slovenian model Melaina Knauss. They gave birth to you a baby boy named Barron in 2006.

He joined his father’s company, ‘Elizabeth Trump and Son’, while still in college. The company focused on middle-class rental housing in Brooklyn, Queens and Staten Island. He became deeply involved in the project and with a $500,000 investment, turned the 1200 unit apartment complex in Cincinnati with a 66 percent vacancy rate to 100 percent occupancy within two years. In 1971, he moved to Studio apartment in Manhattan, New York and became involved with larger building projects. In the following year, he finalized first multi-million dollar real estate transaction with the sale of Swifton village in Cincinnati, Ohio. In 1985, he bought Mar-a-lago estate in Palm beach, Florida and renovated the Barbizon hotel and 100 Central Park South. 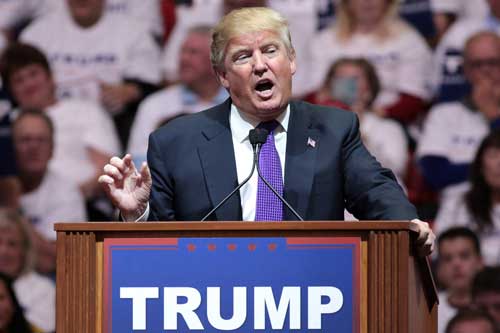 In 1988, he bought the Plaza Hotel in New York City. In 1989, he bought a fleet of Boeing 727 airplanes to form Trump air shuttle service. Unfortunately, a helicopter crash killed three Trump casino executives which lead to big issue. By 1989, poor business decisions left him unable to meet loan payments but he somehow financed the construction of his third casino, the $1 million Taj Mahal, with high-interest junk bonds. The increasing debt soon brought him to business bankruptcy.

In 1990, he regained his previous stable financial position and fame and opened the Trump Taj Mahal casino in Atlantic City. Soon he gained approval for Riverside south development of West Side rail yards. In 1996, he got the ownership of Miss Universe Organization which produces the Miss Universe, Miss USA, and Miss Tean USA pageants. 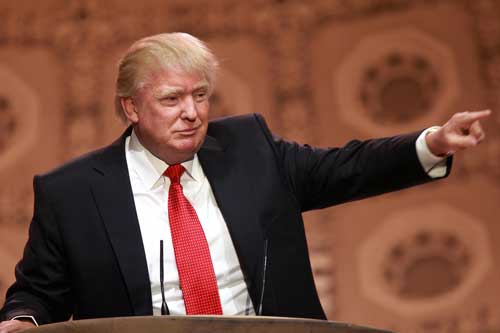 In 2003, he became joint partner with the National Broadcasting Company (NBC) where he became the executive producer and host of the NBC reality show, ‘The Apprentice’ which became a huge success. Following its success, he co-produced a show, ‘The Celebrity Apprentice’ along with British TV producer Mark Burnett. On October 21, 2004, Trump Hotels and Casino & Resorts declared a restructuring of its debt which led to a reduction in his individual ownership from 56 percent to 27 percent. The company applied for Chapter 11 Protection in November and soon the company re-emerged from bankruptcy as ‘Trump Entertainment Resorts Holdings’.

In 2004, Trump started hosting a reality TV show, “The Apprentice,” in which contestants vied for a management job at one of his companies. The show featured Trump’s catchphrase “You’re fired” and drew big ratings. The business mogul eventually raked in $1 million per episode and became a household name. He hosted 14 combined seasons of “The Apprentice” and a spinoff show, “The Celebrity Apprentice.”

In addition to starring on “The Apprentice” and making cameo appearances in other TV shows and movies, Trump owned several beauty pageants from 1996 to 2015, including Miss Universe and Miss USA. In 1999, he founded a modeling agency that continues to operate.

Trump also maintained political aspirations. In the 2000 elections he expressed his wish to run as a third-party candidate for the US presidency. In 2004 and 2008, he speculated about running for president in the Republican Party and in between in 2006, he considered running for governor of New York as a representative of the party. He again registered as a Republican in 2009 after having registered with the Democratic Party in 2001 and campaigned for it. 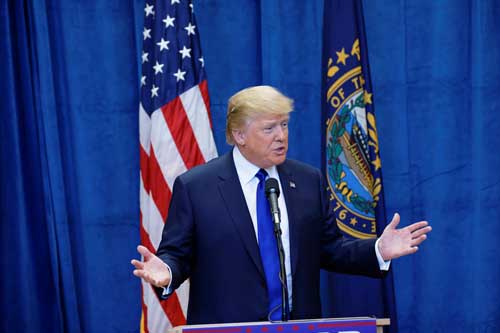 In 2010-2012, his involvement in politics intensified when he publicly announced his consideration of candidature for presidency again. However, his association with the ‘Birther issue’, a group that firmly believed Barack Obama was not born in the US, disparaged his political reputation. But he continued to be against Obama on various political issues.

In January 2013, he endorsed Israeli Prime Minister Benjamin Netanyahu during the Israeli elections. He was also a featured speaker at the 2013 Conservative Political Action Conference (CPAC).

Here we are mentioning the list of Trump’s residential and commercial properties.

According to celebrity net worth, the American President, real estate tycoon, businessman and Television personality Donald Trump’s Net Worth is $4 billion. His largest net worth is among his residential and commercial properties.

Other Professional Experience: Donald J. Trump is the very definition of the American success story, continually setting the standards of excellence while expanding his interests in real estate, sports and entertainment. He is a graduate of the Wharton School of Finance. An accomplished author, Mr. Trump has authored over 15 bestsellers, and his first book, “The Art of the Deal,” is considered a business classic and one of the most successful business books of all time.