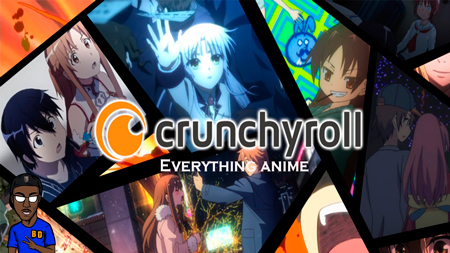 Crunchyroll is a leading global destination and platform for Asian content and Japanese Anime. In early 2006 crunchyroll is established. It is a U.S based video streaming company that offers manga, anime, drama series, and pop music. Crunchyroll has more than 25, 000 episodes and 15, 000 hours of officially licensed content which are translated into multiple languages within minutes. Recently crunchyroll tied up with Funimation to bring older anime series with subtitles.

How Much Does It Cost?

This plan costs $6. 95 per month for its users. The subscriber will get unlimited access to anime and drama series. This plan offers high-quality HD video with no in-video ads. The users will be able to read all manga and can watch any anime episode after 1hour of its telecasting in Japanese anime channel. The premium plan users can avail discounts from Crunchyroll online store and get email support plus priority response in case of any issue.

This is another plan for crunchyroll users. It costs $11. 95 per month. The features of this plan are same as premium plan but with additional features such as free shipping on select products, entry into contests, VIP Convention perks. It also allows its users to watch all manga and anime without interrupting with ads. You can stream online on this site at any time.

Both the premium and premium+ plans offer a 14 free trial version to its users. If you love streaming on this site in trail version then you can go for premium plans. You can cancel membership subscription at any time.

Crunchyroll not only allows its users with premium plans but also free membership is also available for its users. In free membership plan you can access to videos of SD (480p) quality. You can stream on any supported device. But the free membership plan doesn’t have features which are available in premium and premium+ plans. You will get annoy with number of commercials when you are reading manga or watching anime. The stream of manga and anime is set to limited in case of free membership.

How Much Does Netflix Cost?

Crunchyroll offers the excellent shows and manga title. The service has the most extensive library, totally possessing opponents like Hulu and Funimation. It’s database has more than 800 anime, over 200 East Asian drama shows and 50+ manga titles.

Crunchyroll offers some of the most reputed shows like one piece, Naruto Shippuden, Blue Exorcist, Haikyu!! and Attack on Titan.  Some of the recently added simulcast episodes from shows like Happy Boys, Asian Drama, Boruto: Naruto Next Generation, Tofugu, Monster strike and Chronos Ruler. Popular manga titles like ReLIFE, Fairy Tale, The Seven Deadly Sins and Fuuka. Besides anime and manga Crunchyroll also provides music videos and live streams of series on social media platforms like Facebook and Twitter.

Crunchyroll main focus is on bringing the newest and most popular anime series. As it is being tied up with funimation now you can access for old classics on crunchyroll. The site also has an online store which sells puppets of popular anime characters, Blu-ray discs, and other anime products who love to collect anime stuff.

How Is The Interface?

The interface is good in app for iPad users, whereas the site interface is not even half good as app in terms of both looks and functionality. The interface of Crunchyroll still needs a great deal of improvement.

The design and layout of the site is quite okay. The homepage of the site has five tabs placed on top of the site namely “Shows”, “Manga”, “news”, “forums” and “Premium” which helps you to easy access to your desired ones. On the right side of the site you will find options of login, queue list and dice logo. The dice logo is an amazing feature which helps you to decide what to watch. You will find recently added episodes, latest news articles, new shows and currently which are present on below the homepage. If you are using free membership then be ready to face commercials for every 5 -10 minutes. The site also provided a search bar which helps you to find your favorite shows easily.

Crucnhyrol programming is available across the globe. All content are not available to people of all countries due to licensing issues. Crunchyroll may not have the rights to distribute that particular title in your region. But you can access in other countries by using a VPN service or a smart DNS service.

That’s all about the Crunchyroll best anime streaming site. If you have any doubts regarding this post please do comment below we will reach you as soon as. Thank you for visiting our site @www.dreamaim.com